English becomes a barrier between him and a world he has yet to explore and likely never will. Through snippets of Ahmad’s diary entries, we follow his progress as he learns new words and gains worldly perspective. 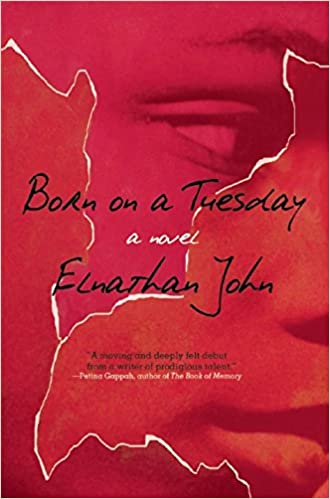 Title & Author: “Born on a Tuesday” by Elnathan John

Dantala Ahmad, which translates as “born on a Tuesday”, clings onto language as a means to escape the borders of his circumstances which consist of bloodshed everywhere. The opening setting of the book is Bayan Leyi, a village in the far reaches of northern Nigeria, where we are introduced to the titular character. Ahmad lives amongst a gang of street boys who sleep under a kuka tree and boast about the people they’ve killed. He, himself, never has anything to boast about because he has never killed anyone. When a political election turns violent, Ahmad’s run for his life leads him to Sokoto where Sheikh, a leader at a mosque, provides him with food, shelter and guidance. It is here that Ahmad decides he wants to learn English.

Ahmad’s will to learn English begins with his fascination over Sheikh's books - many of which come from outside Nigeria. English becomes a barrier between him and a world he has yet to explore and likely never will. Through snippets of Ahmad’s diary entries, we follow his progress as he learns new words and gains worldly perspective. He is surprised when he realizes that there are Black and Arabic people who live in England and call it their own country.

As a bilingual person, how I think about the world in English is different from how I think about it in French. By learning a new language, Ahmad unlocks a new world with its own set of possibilities. Language, as an unconventional way to travel the world, gains even more relevance during our global pandemic. This is what makes this coming of age story so inspiring - the character is not only the product of his environment but the places he longs to belong to as well.

Sandra Aka is a 23 year old Dartmouth College graduate living on the lower east side of Manhattan. She describes her upbringing as the love child of multiple parent worlds; born in Cameroon and raised between Belgium, The Gambia and the United States. She was first inaugurated into the world of African literary masterpieces by way of ‘The Magic Calabash’ by Nana Grey Johnson and ‘Sizwe Bansi ‘is dead by Athol Fugard. Sandra aspires to become an established playwright and screenwriter and turn both original works and beloved books into cinematographic interpretations. 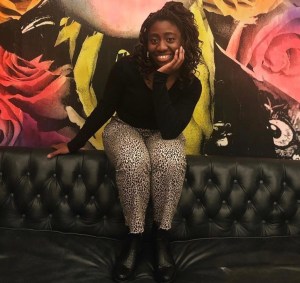